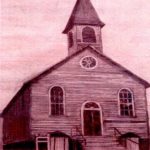 The Second Calvary Baptist Church was first organized at the home of Mr. and Mrs. George Hull on West Laurel Street. It was formally set apart in February 1889 when a group of about three hundred Christians decided to unite into a new church unit. For a short time they worshiped in the County Court House and later met in the Stein House on Main Street as their regular place of worship. On May 30, 1891 the church was dedicated at 1516 Bull Street with a sermon delivered by Dr. E. R. Roberts of Florence, South Carolina. 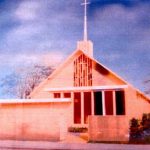 The building program for the new church at Bull Street was begun in 1956 and construction was completed on February 2, 1964. The Mortgage Redemption Celebration was held February 15, 1970, just six years after the flock entered the new edifice. What a legacy to the memory of Reverend Hinton who motivated and propelled the congregation to do what he knew it could do!

Reverend Doctor Latta R. Thomas became the leader of the flock in 1975, serving the church until his retirement in 1995. A man of multi-talents, his scholarship in theology, vast storehouse of knowledge and keen awareness of social injustices, economic and political issues, and his ability to translate those issues into a religion for day-to-day living all combined to provide an extraordinary leader and servant of God.

After the retirement of Dr. Thomas, the church was served for several months by a capable, loving, and devoted interim pastor, Reverend Preston H. Winkler. He had previously served as an associate minister of First Nazareth Baptist Church.

In 1998, the congregation elected Reverend John N. Osborne, Jr., a native of Charlotte, North Carolina, who served as spiritual leader until November 2006. During his tenure a number of projects, programs and important decisions were made: restructuring the Board of Christian Education; forming the Ministerial Relations Committee; and employing a Director of Youth Activities. 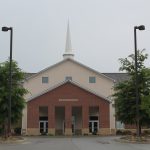 The church body voted to purchase property on Mason Road. A Relocation Committee was appointed. The Bull Street property was sold, and groundbreaking ceremonies were held on Saturday, May 14, 2005. Construction began at the new location for our present church home. A closing candlelight ceremony was held at the Bull Street Sanctuary on April 30, 2006, followed by a Cornerstone Laying Ceremony at the new edifice. The first service was held here on May 7, 2006. The dedication of the new church was held on October 8, 2006.

Reverend Osborne’s term of office ended December 2006, and for a number of months the congregation was served by various loyal ministers. Among them was the Reverend Isaiah Harvey, former Dean of Theology at Morris College. Reverend Harvey was appointed as Interim Pastor in May 2007 and served the church well: he preached with confidence, provided pastoral care with compassion and sensitivity and challenged the members to act as prescribed by the Scriptures. Such a leader was indeed needed in such a time as that! Reverend Harvey challenged the congregation to re-commit its life to focus on what God would have it do in the era of history, and, as a church, to show forth God’s love in ways that would impact positively in the community. During his interim service, a Pulpit Committee was appointed and began the work of planning and conducting a search for a full-time pastor. A congregational survey was administered in March of 2008 and was used to aid the committee by providing information about the characteristics of the leader desired by the congregation. Reverend Harvey’s service to Second Calvary ended in early October 2008 and the Reverend Carl R. Well of Mayesville, South Carolina, was elected by the Church Conference on October 30, 2008.

Having preached two prior sermons and conducted a Bible Study session, Reverend Wells preached his first sermon as pastor on Sunday, November 2, 2008. Reverend Wells brings to the church a number of talents in addition to his pastoral involvement in many aspects of church life. In several months, membership increased by more than fifty persons who affiliated, through joining, re-dedicating, coming under watch care, and through baptism.

The 131st anniversary in the life of Second Calvary Baptist Church was marked on Sunday, February, 23, 2020. To this day, we pause to honor those whose visions, labors, sacrifices, anxious fears, and yearnings have produced our rich heritage. Pioneers through the years have left us a glorious charge. What shall we do for those who will build on this heritage, taking our places fifty or one hundred years from today?